Gogar Farm can be dated back to before 1915. Originally the company was formed by a very elite group of aristocrats including as one of the early majority shareholders Denys Finch-Hatton of “Out of Africa” fame. It was consolidated into one holding by Arthur Dudgeon during and after the First World War. In common with much of the Rongai area Gogar was important at this time as one of the main maize growing areas, using the Uganda Railway for transport. 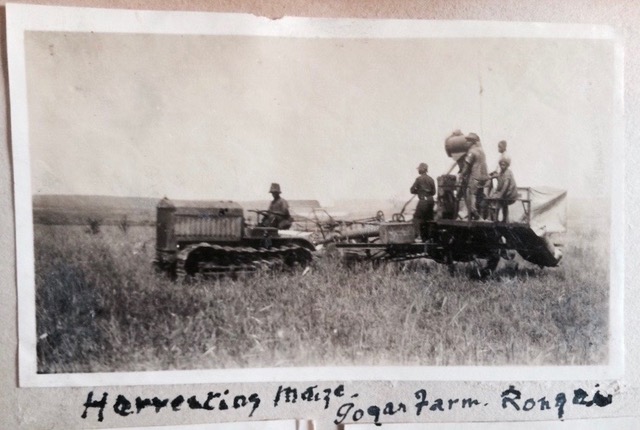 At this time Arthur Dudgeon played a leading role in introducing the Aryshire breed to Kenya, where it has since become established as the premier milk producer for the drier mixed farming areas. One early manager, Cnyd Hill, was later the Chairman of the Kenya Farmers Association for many years, and Arthur Dudgeon was a founding shareholder in many early developments such as the Kenya Cooperative Creameries, the Kenya Seed Company and others.

At one time Gogar Farms expanded to include four different farms at Rongai, Olongai, Elburgon and Turi, with enterprises ranging from Pyrethrum to Poulty.

After Kenya’s independence the farm was consolidated on the original site at Rongai while the other farms were sold to the Settlement Fund Trustees to be subdivided to provide land for local small scale farmers.

Gogar Farms continues to provide leadership within the community with new projects such as milk processing in the 1990’s (Ilara Dairies now a part of Brookside Dairies).